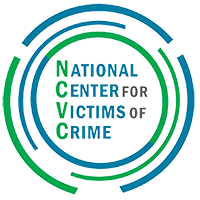 Jeffrey Dion, Executive Director of the National Compassion Fund has championed crime victims’ rights for more than two decades. Dion began advocating for victims at the age of 14, when in 1982 his 23-year-old sister, Paulette, was murdered by a serial killer. He went on to pursue a career in law to help other crime victims. In honor of his sister’s memory, Mr. Dion lobbied the Virginia General Assembly, resulting in 13 victims’ rights bills being enacted into law. He joined the National Center in 1998 and also headed its affiliate, the National Crime Victim Bar Association. He is a nationally recognized expert with strong ties to direct service providers and leaders in the field of victim services. As a survivor of childhood sexual abuse, Mr. Dion also serves on the Board of Directors of his local rape crisis center and is a former board member and current advisory council member for the National Association to Prevent Sexual Abuse of Children.

She has assembled a broad network of survivors of scores of mass casualty crimes, and used her skills as a journalist to interview and gather information from families of the deceased, those who suffered serious physical injuries, and those who survived with psychological trauma, on what well-intentioned communities did that either helped or harmed victims. The insights from those directly impacted, informed a Best Practices Protocol for Mass Casualty Crime which has been shared across the country by politicians, communities and survivors to prevent the re-victmization of those directly impacted. It can be viewed/shared from VictimsFirst.com.

She has also worked behind the scenes on multiple mass casualty crimes, helping victims and survivors find resources and is working to help set up a long-term care plan. Busch is also the media consultant for the No Notoriety campaign, founded by Caren and Tom Teves for the sake of public safety, that urges the media, law enforcement and politicians to deny mass shooters the notoriety they crave and instead elevate the names of the heroes, victims and survivors. Their son Alex died saving his girlfriend in the Aurora theater shooting.

Chairman of the Board

Marc C. Lenahan has been representing victims of crime and catastrophic injuries for over two decades, always with the goal of turning pain and injustice into hope for all of us. Along the way, he has served as President of the National Crime Victim Bar Association and achieved groundbreaking and record-breaking accomplishments for victims of crime and severe injuries. Marc is the owner of the Lenahan Law Firm (DallasSevereInjuryLawyer.com), headquartered in Dallas; he is licensed in Texas, North Dakota, and the United States District Court for the District of Columbia; he has represented clients on five continents; he’s litigated under international laws and the laws of many states on behalf of clients who were the victims of international terrorism to clients who lost a loved-one to interstate 18-wheeler collisions.

In every instance when the National Compassion Fund is called, Marc offers to come to the community personally as soon as possible to discuss how we’ve helped before, and how we can help again.

Bethzaida has a master’s degree in Counseling from the Ana G. Mendez University and a Baccalaureate Degree in Social Work, Psychology and Education from Turabo University.  Bethzaida currently work for the Osceola County Department of Fire Rescue and Emergency Medical Services as a Public Education Coordinator.  Bethzaida is part of the Florida Emergency State Resource Team and graduated from Homeland Security/FEMA as a Master Public Information Officer and FBI-LEEDA Media and Public Relations.

Bethzaida served as the County Liaison to assist the families and survivors of the Pulse shooting and the Coordinator of the Hurricane Maria Reception Center that assisted more than 15,000 people that were displaced from Puerto Rico and Virgin Islands as a result of the devastation caused by Hurricane Maria.  Bethzaida served as a Victim Advocate for the Osceola County Government to assist the Pulse incident at the Family Assistance Center (MARC) at Camping World and served the survivors and families of the 49 Angels that we lost that fatal day of June 12th.

Bethzaida has been recognized by the Governor of Florida, Telemundo, Univision and other organizations with different awards and public recognitions as an exemplary leader that goes way and beyond to help the community.

Keith Franz has devoted his legal career to assisting victims of catastrophic events throughout the United States. For that effort he was awarded the prestigious Frank Carrington Champion of Civil Justice Award by the National Crime Victim Bar Association in recognition of his work as Lead Counsel in Federal Court for the victims of the September 11 terrorist attacks. Keith provides considerable pro bono assistance for important social causes, including the National Compassion Fund. He is a member of the Executive Committee of the National Center for Victims of Crime. Keith is a partner in the Baltimore firm Azrael, Franz, Schwab, Lipowitz and Solter, LLC (azraelfranz.com) and is admitted to practice before the Maryland Bar, the U.S. District Court and the U.S. Supreme Court.

Dan Levey is a Mass Violence Relief Specialist Team Lead for the National Compassion Fund serving victims of mass casualty crimes. Dan has previously served as the Executive Director of the National Organization of Parents of Murdered Children, Inc. (POMC). Levey also previously served as the Director of the Office of Victim Services at the Office of Arizona Attorney General and as the Advisor for Victims to Arizona Governor Janet Napolitano. Levey has been a dedicated advocate for victims’ rights since 1996 when his brother Howard was murdered.

Levey’s focus has been to change and improve public policy concerning the treatment of crime victims and their families, and he has been involved in crafting numerous pieces of victims’ rights legislation. Levey has received several awards for his victim advocacy including the United States Attorney General’s Ronald W. Reagan Public Policy Award, through the Department of Justice, Office for Victims of Crime, which honors individuals whose leadership, vision, and innovation have led to significant changes in public policy and practice that benefit crime victims.

Javier Nava was seriously wounded in the Pulse nightclub mass shooting in Orlando, FL in 2016 where four of his friends were among the 49 murdered. After receiving direct assistance from the National Compassion Fund, Javier became an advocate for other victims of mass casualty events. In 2019, he assisted the victims of the El Paso, TX shooting where 22 shoppers were killed and 25 others were injured. He is a board member of VictimsFirst.org, a network of mass shooting families who advocate behind the scenes for mass casualty victims and survivors. His kindness and lived experience makes him uniquely qualified to guide others through the NCF process. He is pleased to help other survivors on their path to recovery. The youngest of six children, Javier grew up in Mexico and currently resides in Orlando, FL.

Deaneé Johnson, Ph.D., began her career in victim services as a mentor for adolescent sexual assault survivors. She has over 20 years of experience in the crime victim field, working directly and indirectly with victims, meeting the needs of children and their families. Dr. Johnson has worked as a survivor specialist and is a child forensic interviewer. She assisted in establishing the first forensic interview program for Patsy’s House Children’s Advocacy Center in Wichita Falls, Texas, and assisted in drafting their initial policies and procedures. She was the director of the statewide sexual assault coalition in Delaware and managed the Court Appointed Special Advocates of Southern Maryland.

Dr. Johnson is the CEO and Founder of Ascent Connection and Consulting Solutions,
LLC. She leads a group of consultants who pave the way for victim service providers
who, through coordinated strategic collaboration, meet the needs of the most vulnerable
populations. Dr. Johnson has a B.A. in criminal justice, an M.A. in counseling, and a Ph.D. in child development.

Shannon May is a victim services professional with over twenty years of experience providing direct services to victims of crime, delivering training and technical assistance, and managing national initiatives. Ms. May is a Mass Violence Relief Specialist for the National Compassion Fund, serving victims of mass casualty crimes. As Project Manager for the FBI’s Victim Services Division, Ms. May managed numerous law enforcement-based victim assistance projects, and led working groups aimed at improving federal agencies’ response to victims in tribal nations. She also responded on-scene and via FBI Command Post to numerous mass violence incidents, and served as back-up handler for the FBI’s Crisis Response Canines. While at the FBI, Ms. May served on detail as Acting Associate Director of the Federal, International, and Tribal Division with the U.S. Department of Justice’s Office for Victims of Crime. Prior to joining the FBI, Ms. May worked on Prison Rape Elimination Act implementation efforts; supported the development of Sexual Assault Response Teams; served as Resource Delivery Manager for the Office for Victims of Crime Training and Technical Assistance Center; and was National Hopeline Network Director for a federal suicide prevention grant.

Haley Ziegler is a dedicated non-profit administrator with over 5 years of experience in the victim services field. Haley is the Finance and Administrative Coordinator for the National Compassion Fund and primarily focuses on donation collection, fund distribution, and the general operations of NCF.